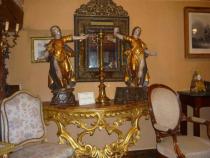 Framed Katagami, Japanese stencil art. This technique, unusual today, was intended to embellish clothing with patterns. The “katagami” appeared around the 13th century and reached their peak during the second half of the Edo era (1603-1868).
The “katagami” are made up of strips of traditional Japanese paper called “Washi”. These sheets of paper are made from the bark of mulberry trees. They are glued together with fermented persimmon juice. It is this Kaki extract that gives the "katagami" this brownish color and which at the same time protects the leaves from certain moulds.

It is necessary to assemble thus between 4 and 6 sheets of “Washi” to form a “katagami”. (The craftsman making his “katagami” often recycled “old” “Washi” sheets.)

The assembly thus obtained is then meticulously cut by hand in order to create the patterns that will be printed on the textiles intended for the manufacture of clothing.
The use of "katagami".

The "katagami" is affixed to the textile strip intended to be dyed. A rice paste is applied to the “katagami”. This translucent paste adheres to the textile at the level of the empty spaces. The fabric is then dyed. The entire fabric comes out dyed except for the patterns protected by the rice paste.

The Western world did not discover "katagami" until the 19th century, at the same time as Japan, becoming industrialized, abandoned this secular art in favor of a more productive technique.

The influence of "katagami".

The “katagami” immediately aroused the interest of artists and collectors. He brought a new source of inspiration to many artists in several disciplines. Glassware through the work of René Lalique, furniture thanks to Emile Gallé, wrought iron and stained glass by the contribution of the Brussels residents Henri van de Velde and Victor Horta or even the achievements of the Viennese Koloman Moser and Josef Hoffman.

The “katagami” then fueled a little more “Japanism”, an artistic current particularly in vogue in the 19th century. 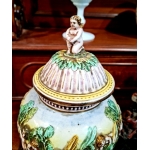 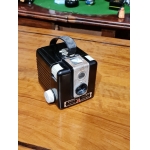 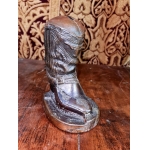 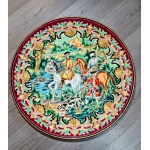 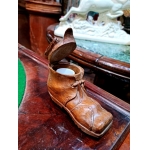 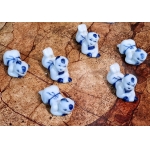 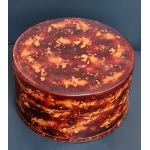 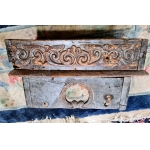 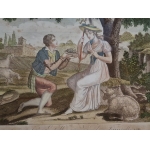 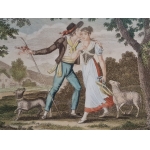