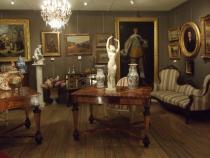 After attending the Ecole des Beaux Arts in Bordeaux, René GENIS graduated in 1950 from the National School of Decorative Arts in PARIS.
His professors were Jules Cavaillès, François Desnoyer and Maurice Brianchon.
He worked in the studio of Marcel Gromaire (1892-1961), then he seconds Jean Lurçat in the realization of his tapestry cartoons.
He won the Salon de la Jeune Peinture in 1960 and is a member of the Salon d'Automne. He soon acquired an international reputation and his paintings were exhibited in galleries in New York, Tokyo, Essen, Lausanne, Geneva, Taipei, and many other countries. museums, both French and foreign, now own his works.
With Guy BARDONE, they constitute a collection of works of the XXth, essentially figuratives, which brings together the Nabis, the first School of Paris (1900-1920) and the young painting of the poetic reality (in which the two artists registered) .
This collection, bequeathed to the city of Saint-Claude, is visible in the Abbey Museum, restored case under the direction of the architect Adelfo Scaranello.
Oil on canvas - 50/50 cm (62/62 cm with the frame) Signed lower left and countersigned on the back 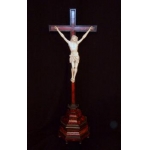 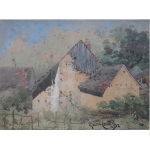 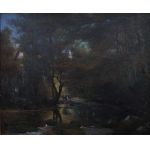 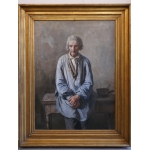 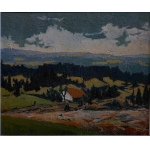 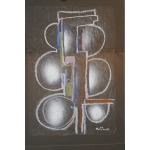 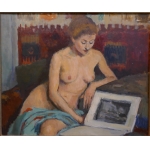